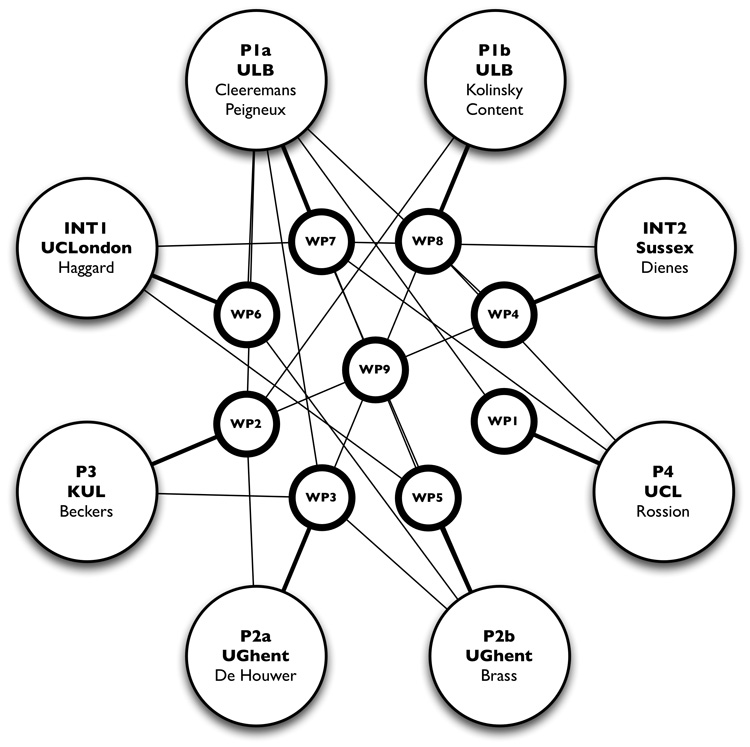 COOL is a BELSPO Research Network funded under the “Interuniversity Poles of Attraction” Program (Grant P7/33). Titled “Mechanisms of conscious and unconscious learning and coordinated by Axel Cleeremans, it assembles teams from the ULB, KUL, UCL, and UG. The network is further enriched by the active collaboration of two foreign partners — Zoltan Dienes from the University of Sussex (U.K.) and Patrick Haggard from University College London (U.K.). The project was initiated in 2012 and will be funded until 2017.

Scientifically, the overarching goal of COOL is to contribute to our understanding of the mechanisms of conscious and unconscious learning. Traditional perspectives on learning assume the existence of two dissociable systems. One system learns associations, automatically, in the absence of awareness, and involves mostly bottom-up processes. The second system, by contrast, learns through hypothesis testing and inference, results in propositional representations that are available to consciousness, and involves top-down mechanisms.

Here, we propose to fundamentally reconsider the distinction. Instead of assuming that associative learning is always unconscious, automatic and bottom-up and that cognitive learning is always conscious, effortful and top- down, we propose instead that mechanisms of change operate continuously, at all levels of the cognitive hierarchy as well as over different times scales (i.e., over the time course of a single trial, over learning, and over development). From this perspective, the brain is continuously and unconsciously learning to anticipate the consequences of action or activity on itself, on the world, and on other people.

To address these issues, COOL is organized in 9 interacting Work Packages that each focus on specific research questions in a manner that seeks that maximize interactions between the different partners.

Center for Research in Cognition & Neurosciences